Waste Not, Want Not

The food waste problem is not something new, but what actions can we take to tackle this issue?

Home > Sustainability > Waste Not, Want Not

In 2020 alone, Singaporeans wasted an overall amount of 665,000 tonnes of food and only a small part of that was recycled. Food waste accounts for about 11 per cent of the total waste generated in Singapore. Not only does this contrast starkly with the hunger problems in other parts of the world, the food wasted also harms the environment. While the perception of consumers towards food waste has changed, with more and more people concerned with this problem, there still remains a lot to be done to encourage them to reduce food waste in their daily lives.

Where does all this food waste come from? 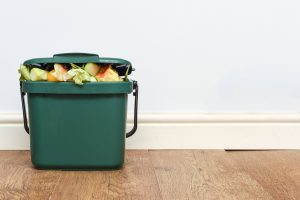 Just think about going shopping at a local supermarket. Of course, you would naturally pick the largest and most unblemished fruit out of the rest. The process of cosmetic filtering occurs when edible food is deemed unsuitable for consumption and therefore thrown away based on aesthetic reasons like the size, shape, colour and more.

This process also happens in the initial stages of the supply chain before they reach consumers. “Ugly produce” is thought by farmers to be too unattractive to sell, although some produce is tossed out due to logistical reasons. In supermarkets themselves, only attractive fresh produce is displayed, which further alters consumer expectations on what is “edible”.

Supermarkets and other retailers like bakeries often keep their shelves well-stocked in order to generate excitement and interest, even if supply outweighs demand. This will increase the likelihood of purchases being made, but at the end of the day, that untouched food has to be thrown away due to its perishable nature (there are common health and safety concerns).

Furthermore, kitchen culture and staff behaviour such as over-preparation of food, improper ingredient storage and failure to use food scraps and trimmings can also contribute to food loss.

3. Food from our own homes

Households may be responsible for the largest portion of total food waste. In the US, households waste an estimated 76 billion pounds of food per year and an average person wastes 238 pounds per year, which is 21% of food that they buy. Household food waste is made up of food spoilage, over-preparing, prematurely discarding food due to confusion over the meaning of date labels, and overbuying. In Singapore, the top three reasons people threw out food was because it had expired, had gone mouldy, or that it looked, smelled or tasted bad.

How does this problem impact us and the planet? 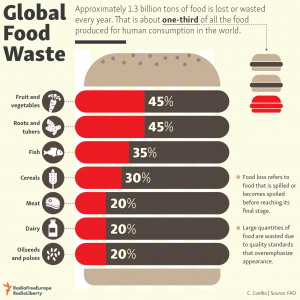 Discarded food is typically incinerated in Singapore and according to the NEA, it is the second largest waste stream disposed of for incineration. This not only takes up more space in already overflowing landfills, but also increases methane gas generated by the breakdown of buried food.

Additionally, with every bit of food you waste, you aren’t offsetting the cost of producing the food. For example, water is used in every stage of the food production process. It is even used in the packaging and transporting stages. When you waste food, all that water goes to waste.

What can we do to reduce food waste? 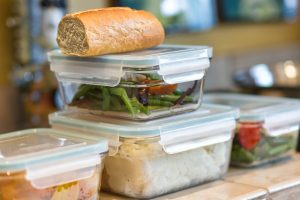 Protect Your Skin With This Simple Step

Eat Your Way to Good Luck in the New Year