Get into a Summer Mood by Eating This Vegetable

For this month's Ingredient Spotlight, let's talk about the benefits of eating different varieties of bright and vibrant summer squashes.

Your first thought might be: “Wait, there’s seasonal squashes?” That’s right, squashes in all shades of yellow and green flood the market during summer, going beyond year-round variants like yellow squash and green zucchini. Unlike winter squashes, these varieties of summer squashes have soft, thin skin that is perfectly edible, with varying degrees of light to dense flesh. They have many culinary uses from being sauteed and used in spaghetti, to being roasted and topped with Parmesan cheese and onions. Not only are they delicious, they also come with great nutritional benefits! 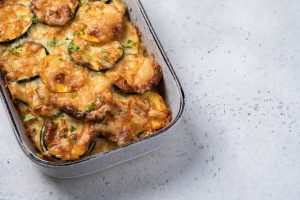 Summer squashes can be eaten cooked or raw- both ways provide you with lots of nutrients. They have a tender flesh that usually needs a shorter time to cook than winter squashes because they are picked when they’re relatively immature. Moreover, because of their mild flavour, they pair well with stronger and sharper flavours, like those in grilled meats, tomatoes, basil, mint and ginger. 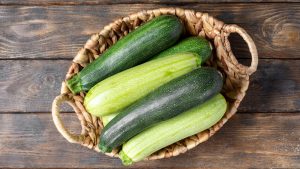 Green zucchini is a year-round staple but they’re at their freshest during the summer season. Stick to the smaller ones for better flavour and texture. It has a mild taste, so you can mix it with other greens to create a flavourful wrap or salad. Larger zucchinis can be stuffed.

Note: Zucchini is the Italian name of this vegetable and is used in North America and Australia. It is referred to as “courgette” in Europe.

Not to be confused with yellow squash, this zucchini doesn’t taper at the neck. It is slightly sweeter than green zucchini, but can be used in the same way as it. 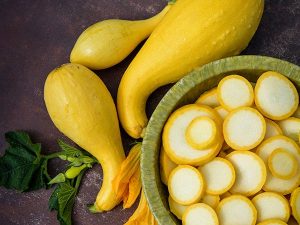 Crookneck squash has a bulbous bottom and slender neck that’s curved at the top. It has larger seeks and a thicker, waxier skin than many other squash varieties. This shape can make it harder to slice into rounds, so dice it and toss it with some diced zucchini for a colourful side dish.

Yellow straightneck squash closely resembles crookneck squash with its tapered neck and bulbous base, but its neck doesn’t curve as much, if at all. It has a buttery, nutty flavour which you can feature in side dishes and in soup. 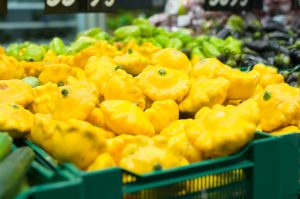 Although it is less attractive than other squash varieties, pattypan squash contains more Vitamin A, niacin and folate than zucchini. They are the sweetest when they’re young and small because when they get larger, they taste like a potato. They have white and juicy flesh. If you cut pattypan squash into wedges, you get uniform shapes that are easier to cook with.

How to Pick and Store Summer Squashes 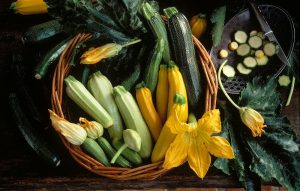 Eat Your Way to Good Luck in the New Year

Protect Your Skin With This Simple Step

The True Meaning of Self-Care