Can You Imagine a Planet Without Trees?

Forests cover more than 30% of the Earth's land surface but deforestation- the permanent removal of trees to create space for economic activities- threatens the survival of forests in the long run.

Home > Sustainability > Can You Imagine a Planet Without Trees?

The Amazon rainforest is the world’s biggest rainforest, but every minute an area of forest larger than the size of one American football pitch is bulldozed. In 2021, deforestation in Brazil’s Amazon rainforest reached a 15-year high. These are vast stores of carbon and without them, the global temperature will rise at an alarming rate. Some argue that deforestation helps boost economic development because it clears up land for agricultural activities like planting crops and grazing livestock. However, do we really want to risk losing an important part of our Earth for the sake of economic growth?

Deforestation and how it affects our relationship with nature 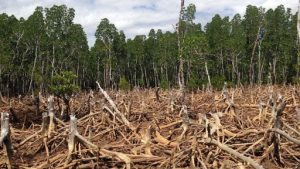 When trees are cut down and burned  or allowed to rot by deforestors, much of the carbon stored in trees is released into the air as carbon dioxide. Deforestation on its own causes 10% of the world’s carbon emissions. If tropical deforestation were regarded as a country, it would be the third-biggest emitter globally– ranking just below the US. Climate scientists have noted that tree cover loss receives less attention than fossil fuel use, which in turn leads to people overlooking forests as a solution to climate change. 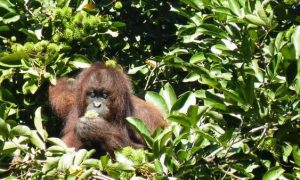 Wildlife will also lose their homes because of deforestation. Many animals rely on forests, as 80% of the world’s land-based species live in them. Tropical rainforests in particular have been hit hard by this phenomenon, with half of the world’s rainforests destroyed in the last century. The animals that now live on cleared land may be sold to local farmers and companies are cattle, which turns the ecosystem upside down. Plant life may also be affected as  farming uses the topsoil (the most fertile layer of soil) in the rainforest and eventually be washed away by the rains within three or four years. This will lead to the area becoming a desert. 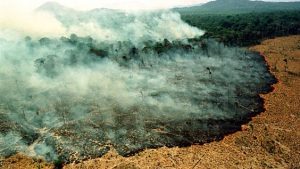 In addition to that, humans even start forest fires to clear forested land. This practice is known as ‘slash and burn’ agriculture and was the main cause of the Amazon forest fires in 2019. These uncontrolled fires eliminate entire populations of plant and animal species in an area. Not only does this result in biodiversity loss, it has also been proven to decrease crop yields and profits due to its effect on soil health. 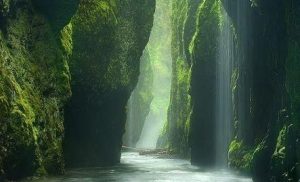 More than 100 world leaders have promised to end and reverse deforestation by 2030 at the COP26 climate summit. Deforestation happens on such a large scale that it can only be solved if companies and governments agree to stop clearing land. In the meanwhile, here are some tips to help our forests by making informed daily choices:

Why It’s Okay To Talk About Your Feelings

The Truth Behind “All-Natural” Beauty Products

Waste Not, Want Not